MTS to WMV: How to Convert MTS/M2TS to WMV on Mac/Windows

Have some awesome video clips in your HD camcorder and want to share them with your friend who has a PC or want to upload it to Internet websites that only accept WMV file. Well, the camcorders on the market commonly record video files as AVCHD (also known as MTS and M2TS) files, which are unfortunately not so common in Windows OS, Mac (High Sierra, Sierra, El Capitan, Yosemite, Mavericks, Mountain Lion, Lion included) and in the internet actually. AVCHD, say, MTS and M2TS file formats are only used to recorded videos in cams. So if you wanna use MTS files without setbacks, to convert MTS to WMV or other more popular formats would be your ideal choice.

Part 1. Convert MTS to WMV in Easy Steps on Mac/Windows

To do so, you are highly recommended this powerful yet easy-to-use UniConverter. Intuitive interface, high conversion speed, excellent output quality, and useful editing features of this Mac MTS video to WMV video Converter gives you a more pleasant conversion experience.

After installing the application, launch it. Then drag & drop M2TS/MTS files to the program. Or go to + Add File button to locate the M2TS/MTS files you want to add. Batch conversion is supported so that you can import more than one cam video clip into the MTS to WMV converter Mac for your conversion. Combine several files into one? No problem, just click Merge all videos down the bottom of the Video Converter for Mac. You'll get only one video file if so. 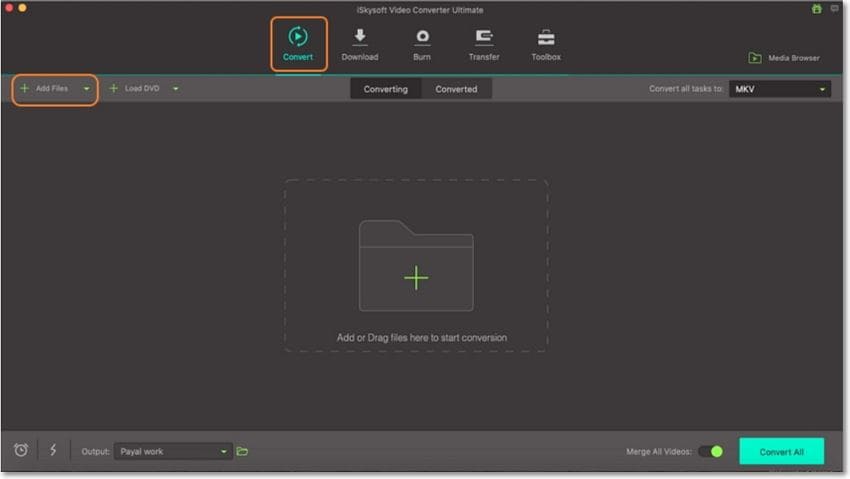 Now navigate to the right side format tray, and click Video tab to select WMV as the output format. Want to custom the format parameters? Just click the Encode Settings icon beside the output resolution area. 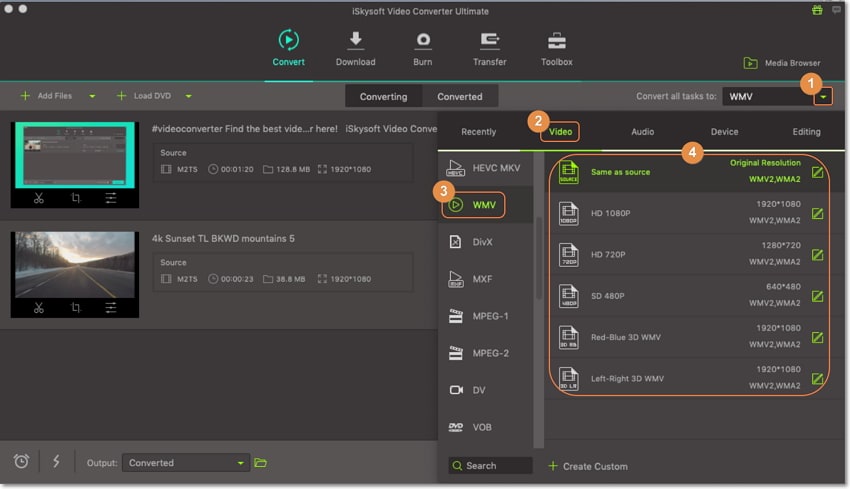 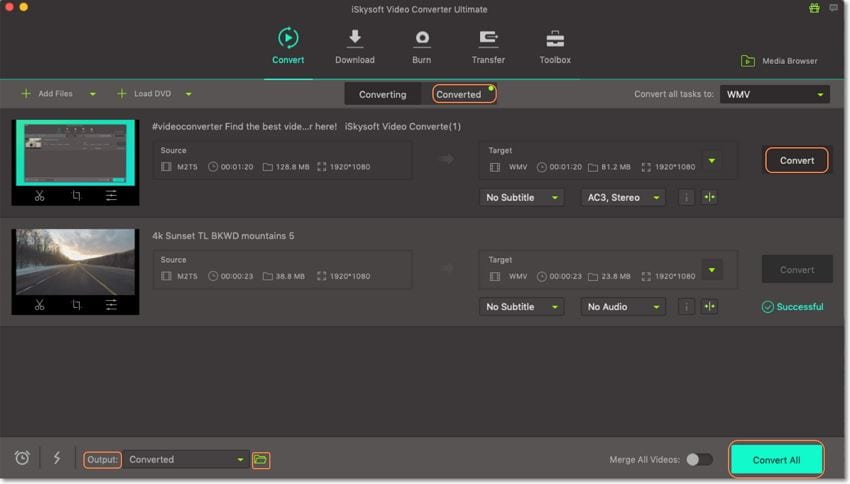 This free online media conversion tool available at apowersoft.com has an interface that makes it much easier for users to start converting their video files

All file formats can be seen and easily selected and with the click on the "Convert" button, the user finds himself able to start the conversion without much hassle 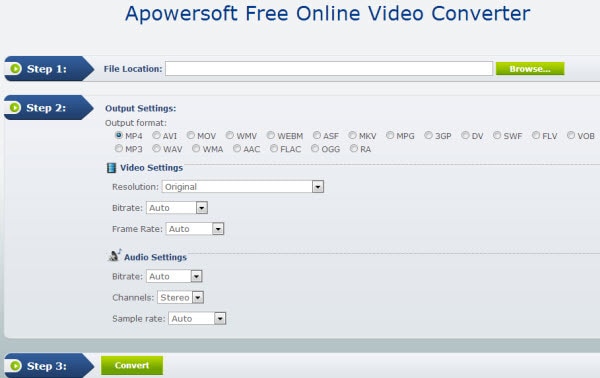 It's pretty fast and the interface is easy to use

After uploading and converting the file, the output file is emailed directly to the user

It doesn't have editing features like some media conversion tools 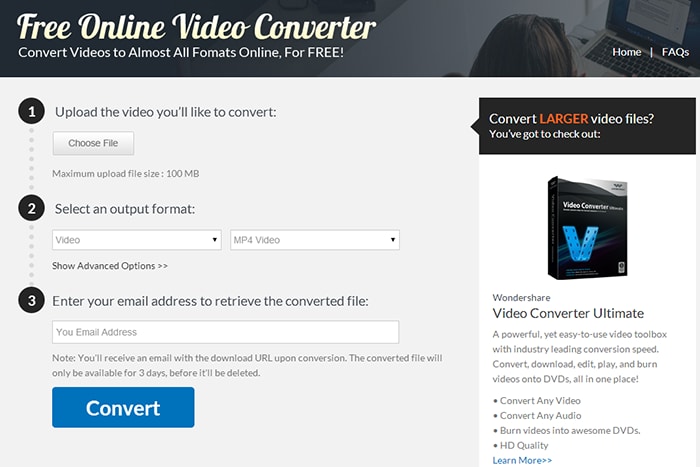 Why Choose UniConverter for Mac/Windows