In the year 2006, SONY and PANASONIC developed an AVCHD Advanced Video Coding High Definition format MTS for video recording purpose for their camcorders. The trend was further adopted by other camcorder manufacturers like CANON, NIKON etc. MTS stands MPEG-4 Transport Streaming which is a binary format with 720p and 1080p based on MPEG-4 Codec. Whenever a person records a video it may contain several unwanted scenes. It needs processing and editing in the computer system. MTS is not a common format so, the majority of software doesn’t support it. Moreover, it has 50 to 60 frames per second capability due to which it just like DVCPRO HD and HDV video requires high graphics and High-End computers with expensive specifications. So, people convert MTS into another format according to their requirement for ease, better processing, file format support issues and file size. Point is that which software might be best for MTS file conversion! Here we outline 10 best free MTS converters for your choice.

How to Convert MTS Files in Steps with iSkysoft

Import MTS file to the converter

Execute iSkysoft MTS video converter from your Mac or Windows PC. Select Convert tab in the topmost bar, and add your MTS files tab in the top left corner by "Add Files" button. Browse through your files and select required MTS format file. Alternatively, you can also attach a SONY, PANASONIC or a Canon Camcorder and then import video directly from the device by the drop down icon beside. There is no need to copy the video into system’s memory first and then perform a conversion.

Select output format from the right most corner and further select the sub-category! You can select the output format option from Video, Audio or Device directly. Here you are also allowed to change the encode settings for MTS video, such as bitrate, frame rate, sample, resolution, etc.

When you get everything ready, click on Convert button in each video clip or Convert All at bottom right to start the conversion for MTS files. You will get your MTS video converted within few seconds, which depend on the length of your video.

FFmpeg is a complete, cross-platform solution to record, convert and stream audio and video into all other formats.

Windows 8.1 Support: The updated version of FFmpeg is fully supported with windows 8.1 and all previous versions of windows without any compatibility issue

Complicated interface: It has been much too complicated for newbies 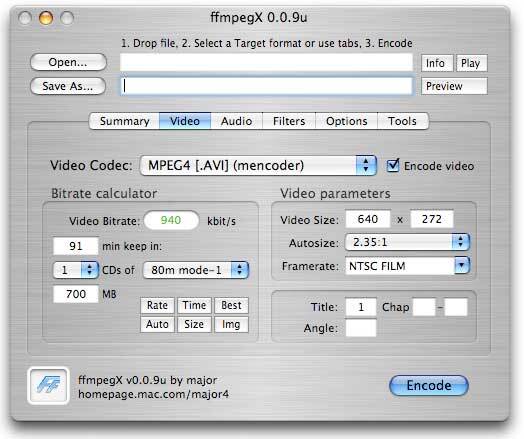 iSquint is an iPod video conversion app for Mac OS X. It works with almost all popular video formats, and it's infinitely free of error. It's also really easy.

Speed: On a 1GHz G4, iSquint can convert most video files to iPod-screen-sized videos in real-time. Intel Macs are up to twice as fast, and can convert videos upwards of 5x real-time

MAC Support: iSquint has only support for MAC systems only. So, rests of WINDOWS users are unable to access it 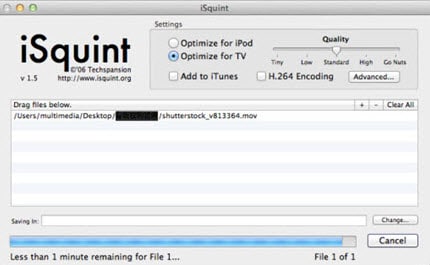 MPEG Stream clip is a powerful free video converter, player, and editor for Mac and Windows. It can play many movie files, not only MPEGs; it can convert MPEG files between muxed/demux formats.

For Windows and MAC: IT has support for both Windows and Mac OS; which means that a lot of Computer Users can access it for video conversion purposes

Supported Codecs: It few versions lag support for MPEG-2 codecs and have similar other issues 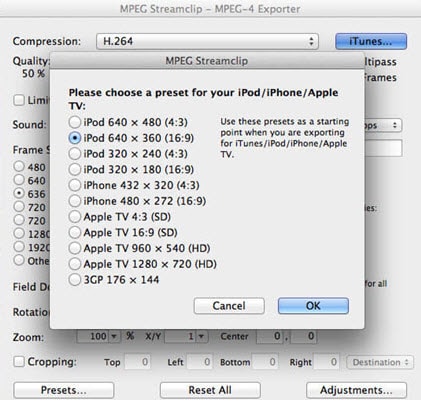 This is a web based free video converter that can be used to convert video files to formats such as MTS, 3G2, MKV, OGG and a host of other file formats. This platform can also be used for audio file conversion, Image conversion document conversion, eBook conversion.

Support for all media types: It supports all types of files like eBooks, Images, Audio, and Video file formats.

Online Converter: It cannot be accessed in offline mode and consumes a lot of time in file uploading and downloading 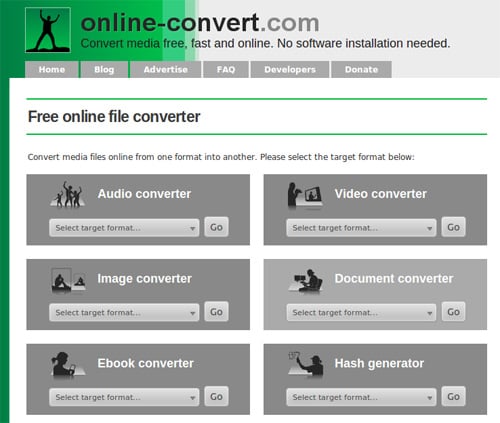 It helps you to convert a lot of video and audio formats free and easy, making them compatible with all devices with good quality. Besides basic conversion capability, it also provides built-in editing functions like trimming, cropping, rotating, merging, adding subtitles and watermarks, etc.

Free of Cost: It is absolutely free and can be downloaded easily anytime

Limited Features: Only a limited set of features are available in its free version. Ultimate Version is much costly 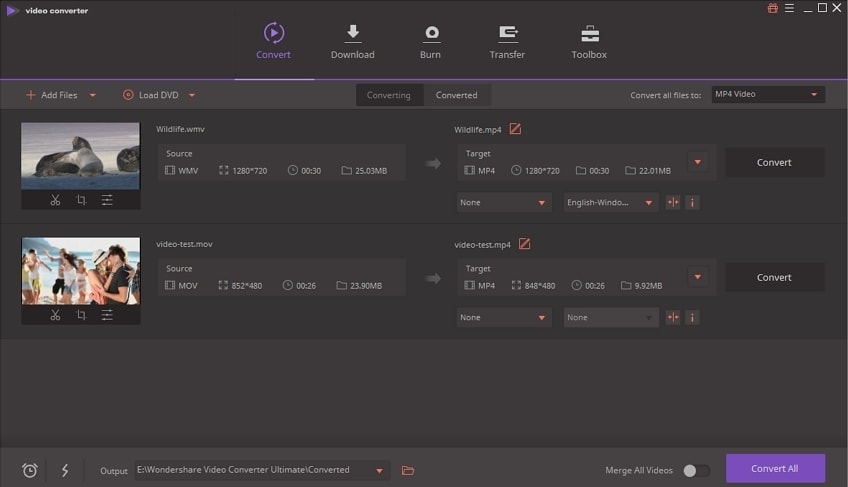 Built-in codec: Its built-in codec will not install any codec on your computer, so as to avoid the unexpected codec problem

Support issues: It fully supports AVCHD formats but it is not efficient for other formats and codecs

For MAC: It is only supported by MAC systems only which make it less useful for all Computer users 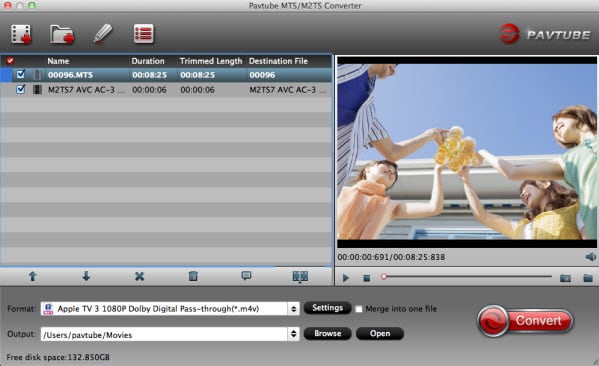 Free MTS Converter is easy to operate camcorder video converter on Windows. It supports loading the MTS, M2TS or other videos and supports converting MTS/M2TS to AVI, MP4, and WMV and extracting audio from video to AAC, AC3, MP3, WAV.

Output organization: With Free MTS Converter you can quickly find the output format you want. They're grouped first by type, and this list includes everything from Android to Game Hardware to Zune

Fast conversions: This app completes conversions quite quickly, especially compared to other free apps, which typically only convert at one or two times the speed of playback

Format listing: All of the formats available for the paid version of this app are still listed in the free software along with the free alternatives. 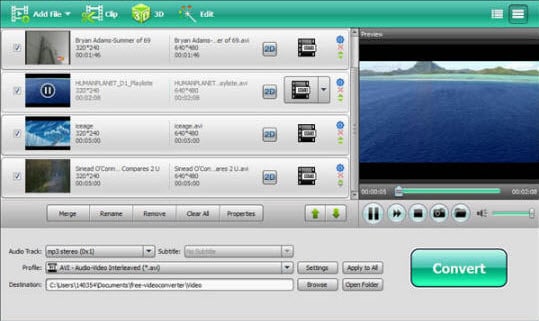 Pavtube Free Video DVD Converter Ultimate is a free tool for Windows, to convert MTS videos to any other video formats.

Restricted Access: It has limited features in its free version. You need to upgrade to premium version

For Windows: It is designed for MS Windows only so MAC users cannot use it 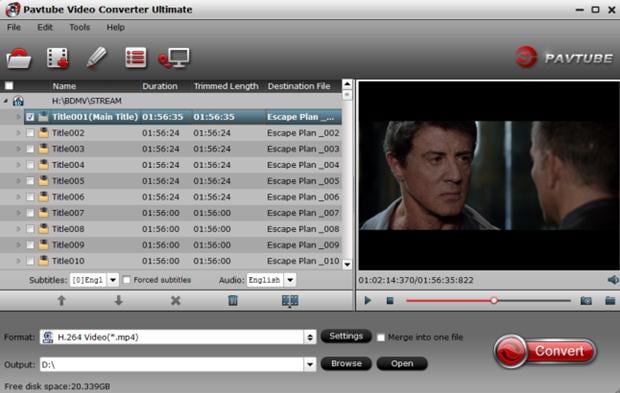 it’s free with no adware or annoying pop ups software. No watermark is added on the output video. You can convert MTS to MOV or convert HD video and Flash videos with advanced speed up mode and high quality.

Free of Cost: It is totally free. Thus, users can enjoy tons of features without paying.

No Adware: This is the best part because a lot of ads pop in other software

Few Formats: Apart from AVCHD, it has not a variety of formats available for conversions Related Articles
5 Solutions to Download 4K Video from YouTube
Want to download YouTube to watch it offline again and again? This article will show you 5 easy ways to download 4K videos from YouTube.
6 YouTube to MOV Converters to Help You Play Videos on iPhone & Mac
Want to save YouTube to MOV for easy playback on your iPhone or iPad? We provide you with 6 quick solutions and detailed steps to help you out. Read on to learn more.
Easy & Quick Way to Convert BUP to MP4 on Mac or Windows
Here shows you how to convert BUP file to MP4 format easily with UniConverter. You can see the guides here too.
Free YouTube Uploader: How to Upload Videos to YouTube for Free?
This article discusses top 10 free YouTube Video Uploaders and how to upload Videos to YouTube for free.