With the growing popularity of virtual reality (VR) technology and headgear, the demand for VR-enabled content has risen as well. Uniconverter for Mac (formerly Wondershare Video Converter Ultimate for Mac) is a great VR converter that allows you to convert videos to VR and play them on certain VR devices.

User Guide for Uniconverter (Mac): How to Convert Videos for VR Devices

After the app has been downloaded and installed, open it on your Mac. On the main interface, go to the Toolbox section and select VR Converter. 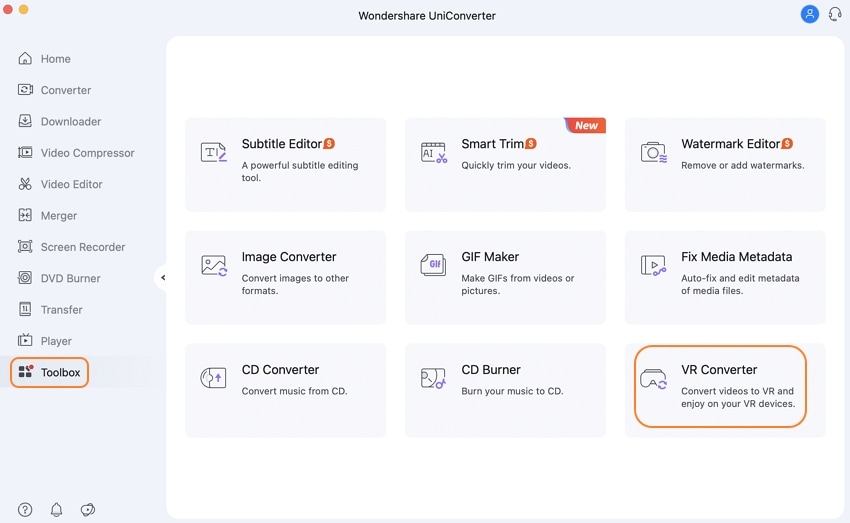 A new VR Converter window will appear on the screen. The VR device list appears under the Convert to section, from which you must select the desired option. Browse and load the videos from your Mac that you wish to convert to VR videos in the Choose file tab. 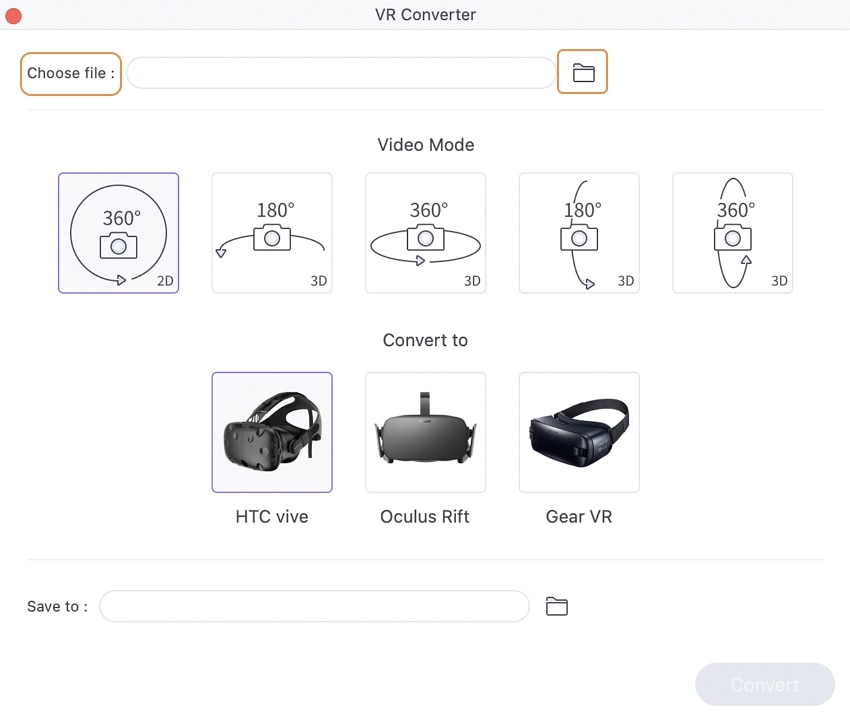 Next, select Video Mode and VR Device from the drop-down menus. You can choose a file location to save the converted videos on your Mac under the Save to menu. 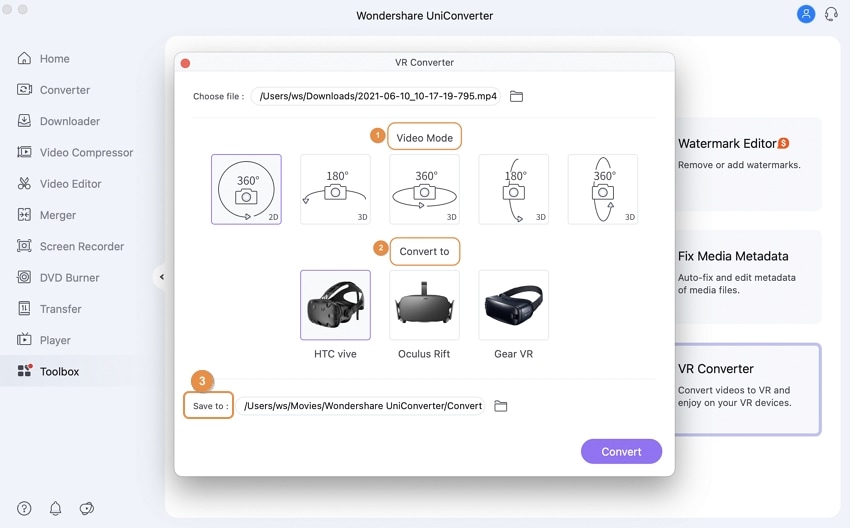 Step 3
On a Mac, convert videos to VR.

Finally, press the Convert button to begin converting the videos you've added to a VR file. The conversion's status is displayed in the progress bar. Uniconverter will display the converted file on your Mac after the procedure is complete. 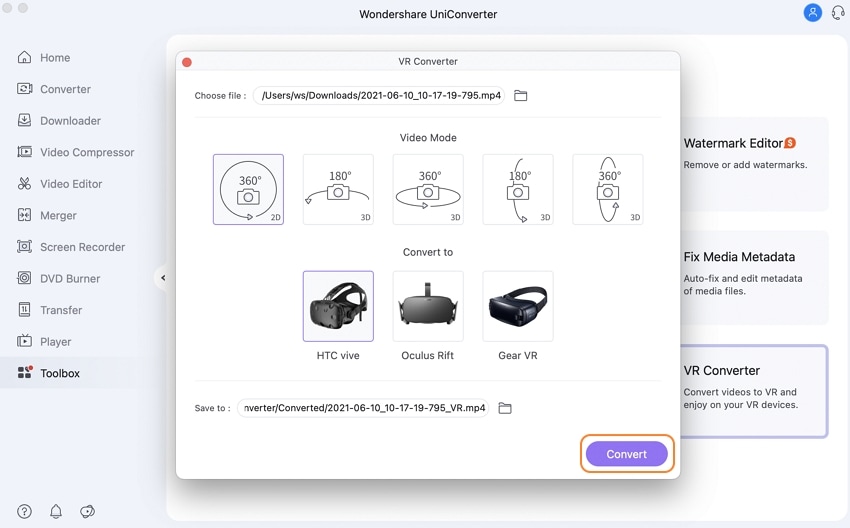 Next : Background Remover
FOR WINDOWSFOR MAC

All solutions on how to convert, edit, burn, compress, download or transfer videos. >